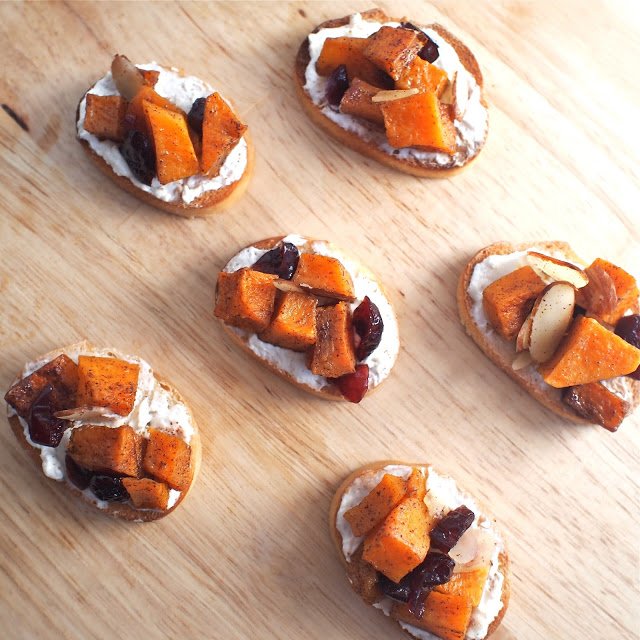 With Halloween coming up, I thought it would be the perfect time to come up with a fun appetizer. Last year, I made a pumpkin dip for the Halloween party we attended but everyone thought it was hummus, so it was untouched most of the night.
I guess because hummus is something a lot of us eat on the reg, it wasn’t as exciting to try at a party.

Well, not this year! I am making something that people will HAVE to try and these little guys are perfect for just that. They look pretty fancy, so you are sure to impress your friends at your next party. ​

These things are seriously delicious! I’ll be honest, when I took the first bite, I was actually shocked by how tasty they turned out.

The squash is sweet, balanced with the tangy craisin, plus the crunch of the almond. The contrast of flavors and textures is what really make food so satisfying.

The cream cheese and crostini tie it all together! 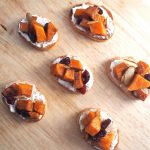 There you have it! So simple, easy to make and is sure to impress.

You can also try to substitute the almonds with a different kind of nut, or even a seed like pumpkin seeds or sunflower seeds. You really just want something kind of crunchy and maybe slightly salty.

You can also substitute the baguette slices for a cracker, or maybe something sweeter like graham crackers.

However you do it, make it how you love it.

As always, hope you enjoy!